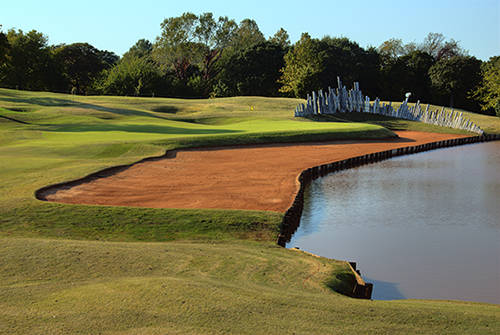 Once upon a time, in any type of all-star, club-versus-club competition, Oklahoma’s Oak Tree Golf Club would have been a prohibitive favorite against pretty much any other private golf club in the world.  But that was before PGA Tour pros began descending en masse to Orlando, congregating at posh enclaves like Isleworth and Lake Nona.  A look at the all-star lineups paying dues at either high-dollar development is to see the modern essence of golf glitterati---Tiger Woods, Mark O’Meara and Stuart Appleby among other marquee names at the former, while luminaries like Ernie Els, Retief Goosen and Justin Rose in residence at the latter.

But these are mostly a bunch of Johnny-come-Lately types, lured to the peninsular state by the agreeable weather and tax advantages.  The Oak Tree Gang may not boast the same golf resume—Tiger’s more than seventy Tour wins alone stack up well in comparison to the professional victories garnered by Gil Morgan, Mark Hayes, David Edwards, Doug Tewell, Willie Wood, Bob Tway and Scott Verplank combined.  But the Oklahomans have two things that these faux-Floridians do not.  The first is authenticity.  These are real-deal Sooners, or Cowboys, as the case may be, either by birth, or by osmosis, owing to their collegiate ties at Oklahoma State.  Secondly and more importantly is their day-to-day access to one of the finest championship tests in the world—venerable Oak Tree Golf Club.

“When I first came here I hated the place,” admits Scott Verplank, who was an All-American at Oklahoma State and won the 1984 US Amateur Championship at Oak Tree before embarking on what has been a stellar professional career.  “We’d come down here, and it was unbelievably difficult.  As an aspiring professional, I had certain expectations about my game.  But back in those days, breaking par 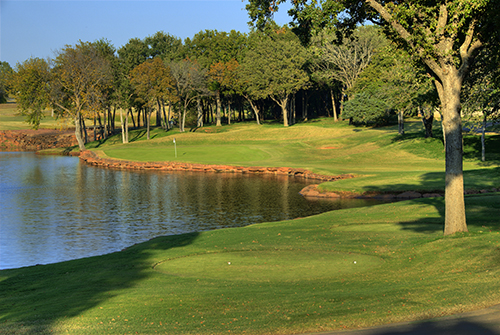 wasn’t even a consideration.  That’s how hard it was.  But over time, I grew to really love the course, and respect the fact that while it’s very tough, it isn’t unfair.  At one time, there were lots of wild, native areas that would really punish an offline shot.  But even though that vegetation is gone, it’s still a very tough golf course.”

It’s not surprising that so many hardened Tour pros call Oak Tree home, considering the course was conceived and brought to fruition by a couple of their peers from an earlier era.  Joe Walser, once the Oklahoma Amateur champion, partnered with his childhood buddy Ernie Vossler, he a former Texas Amateur champion, and decided together that a world-class course was needed in Oklahoma City.  Both men had spent significant time on the PGA Tour after their amateur days, and felt that Tulsa’s famed Southern Hills shouldn’t have a monopoly on any Major championships that might come Oklahoma’s way.  “Build us a championship course,” said Walser to Pete Dye.  “One with no compromise.”

The championship nature of Dye’s creation is revealed immediately, as the opening tee shot must thread its way through a series of oak trees lined up like dominoes, hopefully coming to rest on what can only be described as a single-file fairway.  The slightly uphill approach must carry an expansive water hazard, the first of ten holes with a watery mien.

7,400 yards from the tips and with a par of 71, the course can bludgeon with sheer length.  But it’s also a test of delicacy, as the heavily contoured greens will often repel any approach shot lacking exactitude.  Short irons to the par-5 third or par-4 sixth might look luscious in the air.  But come up a foot or two short of these elevated greens and the ball will rebound off of closely-mown collars, careening down the fairway to a waiting collection area, leaving a hit-and-pray recovery shot. 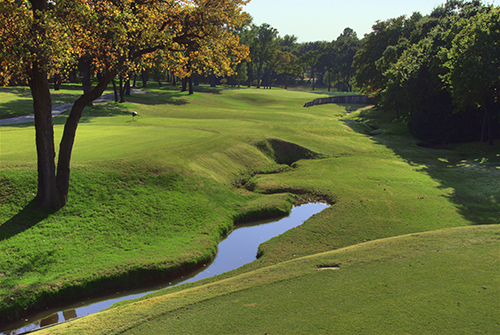 “When I first showed up around here as a college freshman, it was really fun, coming to this men’s-only club, in the middle of nowhere.  It was a boom time, and you would occasionally see helicopters next to the driving range, that’s how some of the members would get out here,” concludes Verplank.  “The place had a real mystique.  Members would bet their guests that they couldn’t break one hundred, and most of the time they’d collect.”

The club has since evolved into a different entity, much to the Ryder Cup and President’s Cup stalwart’s satisfaction, as he now visits the club with his wife and children in tow.  The neighborhood has also evolved, growing up around the club.  It’s no longer in the middle of nowhere, and helicopters have long since stopped buzzing the grounds.  However the golf course remains a first-rate, championship test, and one of the finest, most challenging in the nation’s midsection.  The mystique of Oak Tree remains intact.

In other instances, gnarly, sink-to-the-bottom Bermuda rough awaits an inaccurate approach.  Too dainty with the chip and the ball remains in the tangle.  Too bold, and it’s a thirty or even fifty-footer left for par, up and over contours on a slippery, multilevel green.  And no self-respecting discussion of Oklahoma golf is complete without mention of the wind.  It may not always come whipping down the plain, but it comes whistling down the fairway often enough, making a difficult task more wearying.